Vera went from isolation to freedom

HomeVera went from isolation to freedom 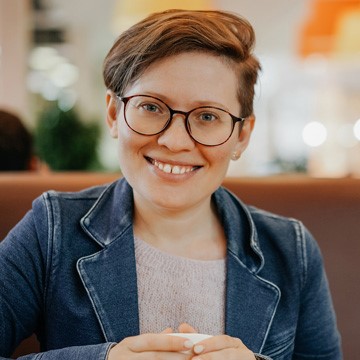 Vera grew up in Russia, and when she was 18, she met Jared at a club one evening; he was in Moscow on a work assignment. They talked for hours, and he told her of his life in Seattle. “It sounded so exciting,” Vera recalled, “And I was tired for living at home with my parents, who seemed so controlling. It was so easy for Jared to convince me to move with him to America.”

They arrived in Seattle and were soon married. At first, Jared treated Vera like a princess, bringing her flowers every week and taking her to fancy dinners. Vera spoke only a little English, so she depended on him for everything.

Often lonely, Vera called her friends back home just to hear her native language. One evening, Jared came home while she was on the phone, and he yelled at her for hours, saying she didn’t need anyone but him. Vera was stunned.

That night started years of isolation and verbal and emotional abuse. Vera says the next seven years of her life were a daze; she mostly remembers the loneliness. She began to learn some English by watching children’s shows and by visits to a nearby library that Jared would allow.

When she was 25, a new family moved in next door, and the wife, Anisa, went to great lengths to befriend Vera. As Anisa learned more about Vera’s situation, she eventually convinced her to call New Beginnings.

Vera got connected to an Advocate who met with her at the library, and for the next year, she got help figuring out a new path for her life—on that was safe, liberating, and free from abuse. Vera became fluent in English and got an email address so she could start to communicate with her friends back home. Through reconnecting, she learned that a few of her friends from back home were now living in Colorado. With her Advocate, Vera made a plan to leave. New Beginnings paid for her plane ticket and Vera is now enjoying her freedom.

Thank you for being there for Vera to give her a fresh start!