Shruthi has a warm place to sleep

HomeShruthi has a warm place to sleep 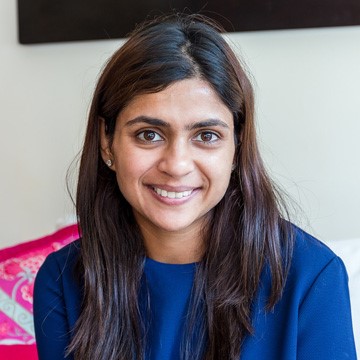 “Take this blanket and sleep outside.” Six months into her marriage and thousands of miles from her family in New York, Shruthi was afraid. She had no community in Seattle, no family, no friends, and no hope.

Shruthi was 24 when she first met Raj; struck by his charismatic personality and intelligence, she was flattered when he invited her to dinner. “We fell in love quickly,” Shruthi recalls. Both of their families live in New York, and after six weeks, she was meeting his mom and dad. On the second visit, Raj got upset with Shruthi at the dinner table, and he smashed his plate to the ground. “He has always had a temper,” Raj’s mother quickly explained.

The next day, Raj brought Shruthi flowers at work and apologized for his behavior, claiming job stress. His goofy smile made him easy to forgive, and soon, Shruthi forgot it ever happened.

Eight months later, Shruthi found herself living in Seattle with Raj where he was transferred for work weeks after they were married. Alone and without a job or support network, Shruthi watched the kind, generous man she thought she had married become angry and impatient. He hadn’t hit her, but he was unkind.

One cold night after coming home, Raj found Shruthi on the phone taking with her sister. Raj was angry that dinner was not ready. He shoved her out of the house and locked the door, returning only to toss a blanket at her.

Locked out of her own home with no place to go, Shruthi shivered through the night. Raj was apologetic the next morning, but he continued to force her to sleep outside more and more often, until it was several nights a week. Six months later, Shruthi was ready to leave. The next morning, she called New Beginnings where she found the resources she needed.

She made a plan to leave, working with an Advocate to figure out the safest time for her to leave and get everything ready. She talked with her family to make sure they knew what was going on and could help keep her safe when she came home. New Beginnings bought her a plane ticket, and she flew to New York where her family greeted her with warm, loving arms.

Thank you for getting Shruthi out of the cold!