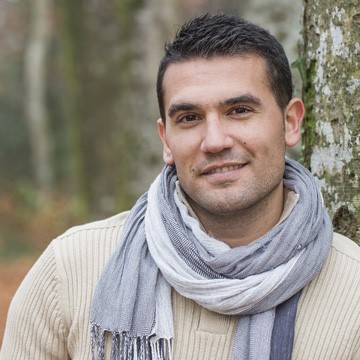 For Henry, sexual, emotional, and physical abuse were a normal part of his childhood while growing up in rural Pennsylvania. Abused and then abandoned by his father, Henry watched his mother bring home a series of boyfriends, most of them impatient and angry. Henry left for college in Seattle, happy to be free from his childhood. In his mid-twenties, Henry started dating Jeremy. Looking back, he realized that Jeremy was controlling even from the beginning. “Two days after our first date, he demanded I take my online dating profile down,” Henry shared. “At the time, I was flattered that he wanted me all to himself.”

The more time Jeremy and Henry spent together, the more Jeremy began to slowly control every part of Henry’s life. Henry recalled, “I was just so happy to have someone who seemed to care about me and love me that I was willing to overlook the parts that bothered me.” A year later they moved in together, and Jeremy became even more controlling, forcing Henry to cut off the few friendships he had. One night Henry came home late from work, and Jeremy was waiting. “I had stayed late at work for a project, and Jeremy accused me of having an affair.” He punched Henry so hard in the stomach that Henry was sure his ribs were broken. The abuse continued for months. Jeremy shared, “I know the people I worked with saw my bruises and marks, which were never on my face, but they never said anything. I don’t think people know what to do when they suspect someone is being abused, especially since I’m a man.”

After weeks of staring at the number for the New Beginnings Help Line, Henry finally felt ready to call. “I think I thought they would tell me I had the wrong number. That the Help Line is for women who are being abused. But they didn’t seem at all surprised by my story.” Henry was connected with a community advocate and counseling services, where he was able to talk freely about being a survivor of domestic violence his entire life. “When I was ready to leave Jeremy, New Beginnings was there to help. And they were patient; I stayed with Jeremy for 15 more months after first calling the Help Line. I know I was lucky that Jeremy just let me go.”

Your support had a lasting impact: two years later, Henry is happy to share that he is experiencing a loving, healthy relationship for the first time in his life. “It’s a world of difference to be in a relationship where I’m loved and respected, but also free to be independent. I’m happy to report that I’m still free from abuse.”

Thank you for supporting all survivors of domestic violence!